WHO ARE WE?
Members are welcome to have their author biography published for free here. 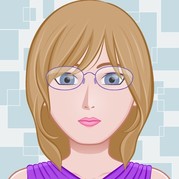 KAREN INCE - has been writing ever since she can remember, but mostly for her eyes only. Nowadays, she writes plays, a number of which have been published. You can find them on this link. http://www.lazybeescripts.co.uk/Authors/Author.aspx?iIA=297

​Her plays have been  performed extensively, most recently in association with Phoebus Fire, (www.phoebusfire.co.uk) an East Kent theatre company of which she is a director.  She’s also discovered the joy of acting; rather late in life, but better late than never is one of her mottos.  When she’s not treading the boards, or plotting a murder (mystery), she writing non-fiction and short stories in a variety of genres.
​
2017 - Committee Member
2017 - current Editor of Anthologies
2018 IWG Treasurer 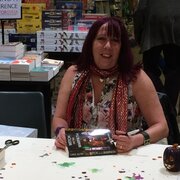 ,CAROL SALTER has been writing novels for over two decades. Her first sojourn into publishing was via a short story called Underworld, in the Fire Dance Anthology (hard copy). This short is still avialable in kindle format. Since then she has published three full-length novels and had short stories published in six other anthologies.


Witch on the Warpath, her first full-length novel, was published on 31st October 2015. It is a light-hearted family urban fantasy set in London and Kent and featuring Thanet, is available in paperback and on Kindle. ​

Aquasapien - Metamorphosis, was published on 1st April 2017 and is a contemporary action adventure Sci-Fi, set on Earth, for adults 18+. There are plans to format this into two novels and this has already been created on Kindle.

Gristle's Revenge, is the follow up novel to Witch on the Warpath and was released on 1st December 2018 and features Thanet amongst other places in South East England.

​Carol is currently completing two further novels including the third story in Onk the city troll's travels, Quest for Courage and Aquasapien Prodigy,

She has recently completed a stand-alone contemporary fantasy novel, again set on Earth entitled What If? which she is currently looking for a literary agent to take on.

In between writing, Carol works full time as a registered nurse.

Her themes tend to focus on heroes in unlikely places, regardless of which genre she is writing and also every negative has a positive. This is because she lives with the optimistic opinion that there is, a hero inside everyone of us, no matter who or where we are. Her belief is that we only need the right set of circumstances to catapult us into the role of unlikely saviour.

​Website: http://www.carolmsalter.com/
​
​2017 - IWG Founding Chair
​2018 - IWG Chair
2019 - IWG Chair
​2020 - IWG Chair
2021 - IWG Chair
LOUIS BROTHNIAS - has been writing short stories for several years and does not have any particular genre. Most of his work has been self-published. Some of his stories are very dark and some humorous, while others attempt to trigger the emotions. Fantasy and science fiction are also covered in Louis's work.

A number of storylines remain unwritten (Withered Seeds), but these may one day become complete stories. Louis develops non-fiction projects too, because he has a wish to present alternative, but coherent arguments. Several hundred concepts and ideas are actively being pursued by him, then expanded. A brain-storming of these items has been self-published separately.
​
​Louis manages three journals: a critical review of contemporary topics (Comment), subjects of a more introspective nature (Philosophical) and one that deals with factual issues (Science).
SHIRALEE MATTHEWS
​2018 - Membership Co-ordinator
2019 - Membership Co-ordinator
​2020 - Vice Chair
​2021 - Vice Chair
ANNE LORD
​2017 - IWG Note taker
​2018 - IWG Secretary
​2019 - IWG Secretary
​2020 - IWG Secretary
​2021 - IWG Secretary

LEE STODDART- has been writing speculative fiction part-time since 2012, but finally quit the corporate world to write full-time in late 2017.

He has been published both online and in print, including in three anthologies. He has twice been short-listed in the HG Wells Short Story Competition.

TRACEY JACOBS - is an Author and Poet and has been a member of Inspirations Writers Group since 2012. Her love for books and writing began at an early age. She is greatly influenced by her three daughters who loved her bedtime stories and imaginary characters.

​Tracey is published in two of the Group’s anthologies Orange and Yellow and is currently working on a piece for Green.

In 2017, Tracey won the remembrance festival poetry competition held at Dover Castle. This has subsequently inspired her to write more poetry. Her heart will always remain in writing children’s books. Since becoming part of Inspirations, Tracey has broadened her horizons and is trying other genres. She is currently considering script writing.
VALERIE TYLER

FAYE BEERLING  is an accomplished children’s author.
Her writing career began back in 2014 with a series of short story books entitled, River Tales from Old Glossop’s Bridge. Their popularity gave Faye two, number one slots on Amazon UK.
From there, several world firsts and making history with the Ministry of Defence followed, along with many commission books from world-renowned aviation museums. To date Faye has 21 books published, sold over 100,000 books worldwide with distribution in the UK, the USA and Australia and has enjoyed selling books to some     NASA gift shops too. She is currently signed with C.A.A.B publishing with a new set of traditional children’s novels entitled, Twisty Tales. 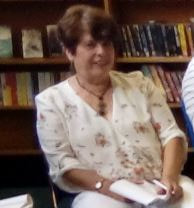